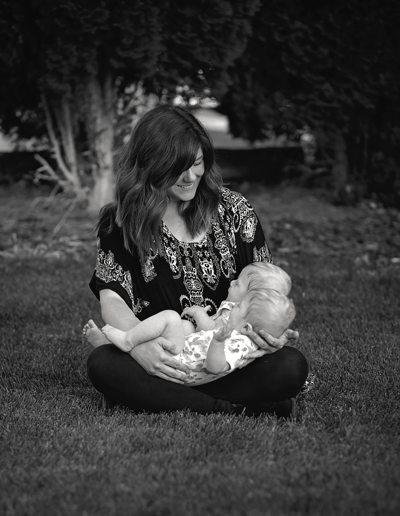 Going to a Cancer Center,

it Can Change the Way You See Things

My hematologist works out of a cancer center, what I saw there… it changes everything.

Today I had my appointment with the hematologist, I’ll say that that went very well. Like, best case scenario well. That’s not really what I want to talk about here, but I will, later in the post. Today, I gained so much from that one appointment on a spiritual level.  I recently lost my father and my aunt to two different types of cancer, so for me.. it’s a concern but I realize that I do live a different lifestyle than most of the people in my family and I hope that the extra lengths that I go to will help me avoid it. As you might remember, I talked about my abnormal lab tests, they came back with low platelets and hypothyroidism.

I was a mess when I arrived at my appointment, I’ve never been this way before, it was definitely out of character for me. When walking into the building, I walk past a woman with a chemo port, she’s smoking. Me, not really the judgy type.. I’m not really thinking much other than how I wish she wasn’t smoking literally at the front door. When I get to the desk, I realize that I had forgotten the money to pay with, my license and my most recent lab results. We sort all of that out and I’m taken back for my vitals and the initial intake information.

I brought my daughter Addy with me because earlier that day, she said that she wanted to come to hold my hand. Although some might feel like that was an inappropriate place to take a child, this particular cancer center is for people of all ages, and yes – they do see children there too. While with the nurse taking my vitals, she asks me if we would be okay with the pediatric room since it was the only thing open. Of course, I don’t have an issue with that since it was probably perfect for my daughter.

On the way to the pediatric room, we took a trip through the area where people are having their chemo treatments done. This isn’t somewhere I’ve been before, and for the most part – it was exactly like on TV. There were big comfy chairs, blankets, and televisions to help the patients relax. One of the things that I noticed immediately was the fact that all of the chairs were full, what scared me was that the chairs were full of… women. Realizing that the cancer center was treating mostly women (at that particular time) didn’t register right away, but when it did.. it bothered me, these are someone’s Mommy, Sister, Daughter… Best Friend and they are going through something that used to be rare, now… it’s a part of just about each and every one of us. All of the women were wearing scarves around their heads, and on this day, I actually got up and did my hair. I’ll tell you this: never in my life did I want to pull my shirt over my head more, than when I was walking through that part of the office. I felt like I just wanted to be empathetic to what these women were going through because I know that it’s not easy. (So if you ever go to a cancer center – be prepared to feel emotions that you might not have anticipated on feeling.)

We finally reached the room where my appointment was going to take place. I was scared out of my mind, I had no idea what was going to happen and how my life was going to change while sitting in the chair that I had chosen. I was worried sick that I wasn’t going to have the chance to see my children grow into parents of their own children. The entire appointment was very emotional for me, being at a place where there were so many people who are fighting just to live a normal life was very humbling to me. It made me realize how precious our lives really are and that the choices we make now, are the choices that could impact our tomorrow.

I talked with the doctor for a long while about what I was experiencing, they went over my lab work and requested a repeat CBC to see what our next step was going to be. They explained that with Idiopathic thrombocytopenic purpura (ITP) there are acute cases which are short-term, or there are chronic cases which can be long term. Today I walked out with the acute diagnosis because… my platelets are back up to 90,000!!! Now, I know that normal is 150,000 to 450,000 – but – I was at 80,000 then dropped to 63,000 in 4 days. This for sure made me feel as though I wasn’t coming back from this, but it looks like I’m already improving. The doctors told me that this is something that can happen after pregnancy, it’s rare to have this, to begin with but some people just get it from all of the antibodies that are leftover from pregnancy. My body began attacking and destroying the platelets because the immune system was just overloaded by the crash c-section and the fact that I’m under a good amount of stress.

Ultimately, I’m very happy to know that my platelets are going back up, if they hadn’t they would have administered a few rounds of steroids and if that didn’t work, there are other expensive medications that would have brought me back to a functioning level.

What I felt walking through the cancer center was something I hadn’t felt before. I spend a lot of time on things that will in the end, be meaningless. Earlier this week I deleted all but 15 friends from my personal facebook page because I just don’t find scrolling through a Facebook feed to do much for me. For the most part, my friends were sharing meme’s, political stuff and gofundme campaigns. I’m not saying that gofundme websites are bad.. but! I was seeing tons of them, all with stories attached to them that I would just get lost in, and they would negatively impact my heart.. my mind.. I was just seeing so much bad.

So I decided to make sure that every day is lived with purpose. I plan to set out and do good for others every day because that is what living life is about. Helping people, and in return feeling good about it. Boosting the positive vibes and just… living with meaning. Those who know me personally know that I am always up for helping people when the situations come to me, but I’d like to start living in a way where I open myself up to meeting more people, surrounding myself with good people and being there for others to lean on if they need someone.