My Review of The Magic Sleepsuit

I was so excited when the makers of The Magic Sleepsuit sent me one to review! 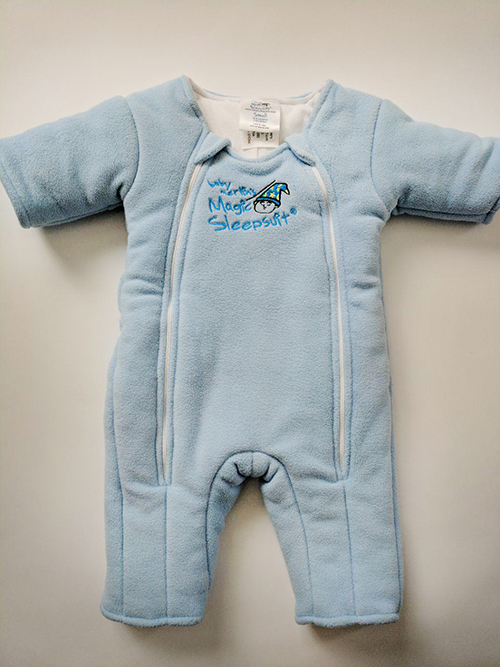 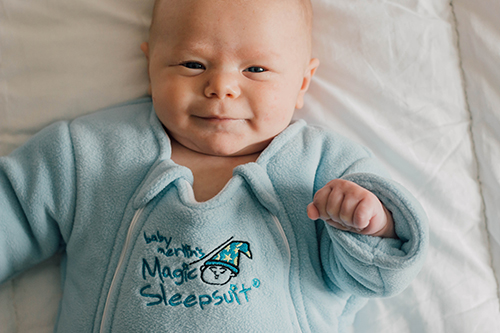 The Magic Sleep Suit was made for babies who are transitioning from the swaddle sleep style. Here are some tips to help get the most out of your Magic Sleepsuit

Make sure that baby is big enough so that his/her feet are not able to be pulled up into the suit.

Always have baby sleeping on a flat surface (like a crib, not a Rock N’ Play or Swing)

Check the Fit and make sure that the top of the suit comes down under baby’s chin and not over his/her mouth.

Benton is now four months old and for the last 3ish weeks, we have not been sleeping. He busts out of the swaddle blankets and is then awake for the day. When I realized we were having trouble sleeping, I took to the internet to read message boards and reviews about methods or products that help parents and babies to get better sleep..

I noticed that a lot of Moms were recommending the Magic Sleep Suit and I wanted to see what it was all about. I found the website and contacted the company for more information. I talked to Kelly over the phone and she was able to give me a great deal of information and honestly, it all sounded too good to be true!

It’s not, The Magic Sleep suit has changed our sleeping habits tremendously over the last few weeks. I wear a fitness tracker (The Jawbone Up3) and that tracks my sleep too. Each day it generates a report and on that report it told me that I was sleeping for an average of 2 hours and 45 minutes per night. That sounds awful, but I tried my best to keep it together every day.

When The Magic Sleep Suit arrived, we put it on our son. Per the company’s instructions, we had him in a onesie and then put it over that. The first night we used it, he slept for a total of five hours. I was so excited and couldn’t believe how just a few more hours of sleep effected my mood, my ability to get things done and his mood too. He woke up happy and calm instead of in a fluster trying to figure out how he became so uncomfortable and cold like he was with the swaddle blankets. 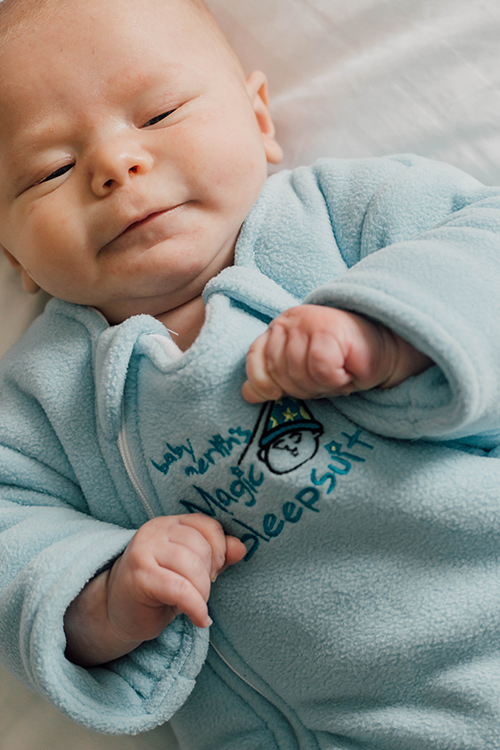 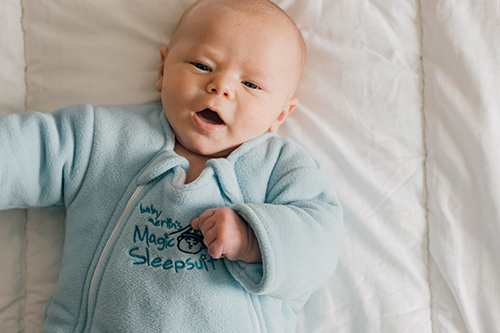 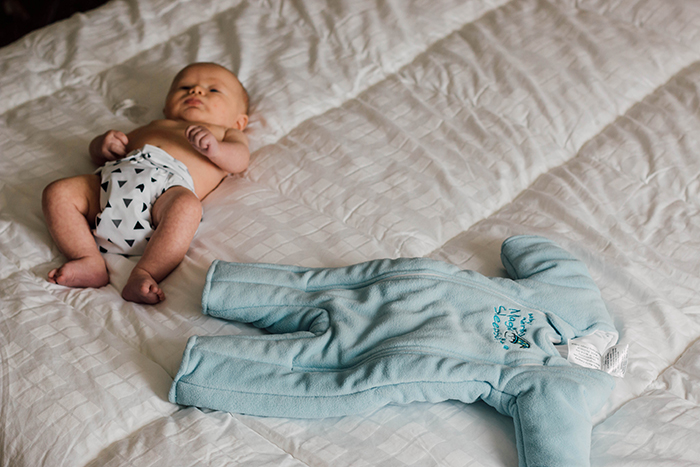